We grow color for your home.
Close 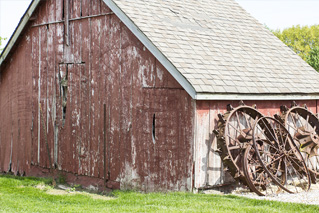 Mr. & Mrs. Ray Koenig moved to the farm in 1956. It started as a 70 acre truck farm, and they had approximately 550 apple trees and approximately 500 peach trees in their orchard.

Most crops were hand planted, hand picked, hand packed and taken to local grocery stores and produce row off Broadway in St. Louis. Some produce was sold at St. Charles Farmers Market in the 70’s and 80’s. The family also had a produce stand along old highway 94 near White Castle during the early 60’s to mid 70’s. 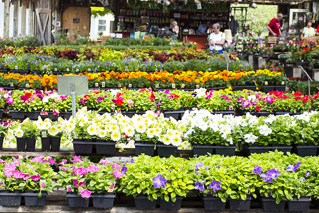 The first greenhouse was built in the mid 1960s to raise a few hanging baskets requested by produce customers. By the middle of the next decade a total of 4 greenhouses had been built next to the barn.

In 1987 sixty acres were sold and is now the Misty Valley Subdivision, and four larger “gutter connect” greenhouses were built behind the farm house.

Ray, Daniel’s father, retired in 1990 and moved to Moscow Mills. Daniel took possession and responsibility of Koeing’s on the Hill in August 1990.

Daniel built 5 new Quonset greenhouses to replace the original greenhouses, and then had a total of 4 greenhouses and 5 Quonsets in 1991. Over the next 10 years, Daniel continued expanding the farm. In 1993, he set up a mum growing field for 15,000 plants, installed a drip irrigation system and built the sales and display area in front of the 4 greenhouses.

In 1994 they started selling a few trees and shrubs. The nursery expanded in 1998, and in 2003 added rock bins for gravel, mulch, and topsoil. 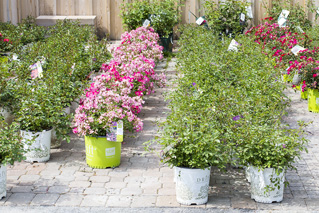 In 1997 the business name was changed to Daniel’s Farm & Greenhouses. And the greenhouses kept coming, 2 in 1998, and then another 3 in 1999. In 2000 a new planting house and irrigation system was put in place to accommodate 10,000 hanging baskets. And finally, in 2001 the front sale area was tripled in size.

October Harvest activities bring families from all over the Saint Charles region to enjoy a petting zoo, straw maze and full activity area.

Located in St. Peters, Mo. Pickup and Delivery Available. Space is Limited. Please fill out the form below and call 636-441-5048 to verify we received your request.

We have Spring Honey and Fall Honey Available. Available sizes are 1 pound. 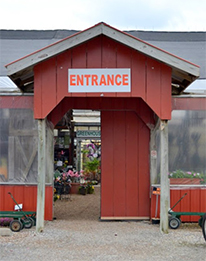